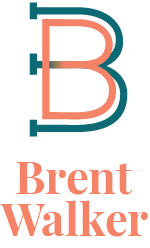 NoCow, a (you guessed it) dairy-free energy bar company, approached us to make a teaser video for the launch of their new Energy Bar products. Watch the video below, then continue on for a mini "making of".

Room 214 was approached by NoCow to produce a 3D teaser video to promote their new product on social media. NoCow had no concept, only a few features and a theme of 'energy', and they told us to go nuts (ha). The video would have to be produced in 16x9, 1x1 & 9x16 formats for the different placements the ad would run in.

After scoping, figuring out budget, and pitching some ideas, we realized that neither party would be happy with the scope of 3D that we could execute and stay in budget, so it was back to the drawing board to figure out a solution.

Kai and I got burgers, concepted, and did some test shoots to figure out whether our idea for faux-3D would be executable, and still look good. The following was our first motion test after a 15-minute photoshoot in front of a hasty green screen.

Luckily, the client loved it, and after discussing with our creative director, we moved forward with a full storyboard.

K.I.S.S. (never fails to make me cry): We kept the concept simple – explosions (ENERGY!), fast cuts & a rhythm and pace that worked without sound.

Kai shot all the ingredients (in various stages of broken-ness) on a greenscreen, in ultra-high-def. I roto'd, exported, and comped all the imagery together in Photoshop & After Effects.

Modularity (a.k.a., Looking Ahead)

All-in-all, We were going to need to produce a lot of videos with fairly heavy comps—a 10 & 20 second version, in 16x9, 1x1, & 9x16 – that's only 6, but with so much going on (and such a limited timeframe), we would need to be able to iterate & produce quickly.
A lot of expression trickery & some oversized comps allowed us to produce the other 5 videos once the first was approved in only 2 days to meet the launch deadline.